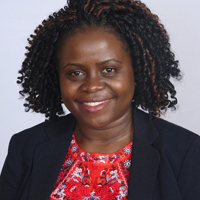 Diana Namumbejja Abwoye is a MSN-Family Nurse Practitioner candidate at Simmons University. A board member and global partner of Our Bodies Ourselves, she translated and published relevant chapters of Our Bodies Ourselves’ latest edition into Luganda and continues to travel across Uganda hosting discussions with rural women and availing free copies of her translation.

She volunteered with Reach out Mbuya, an HIV/AIDS outreach organization in Uganda to prevent mother to infant transmissions. She has worked with women in Kenya, Sudan, and Congo exploring ways they can support themselves in order to reduce prostitution and trafficking. Diana founded and runs a teenage mother support group in Kitgum, Northern Uganda, for women who were born and grew up in camps during the Kony war. She also founded Amida Child Mother Vocational Training School to teach young mothers skills they can explore to support their families.
Read More 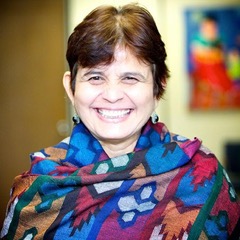 She pioneers community-based accessible reproductive health programs by establishing women’s health resource centers. She has adapted ‘Our Bodies Ourselves’ into Nepali. Dr. Adhikari has also served as the National Rapporteur against trafficking in women and children for the Nepalese National Human Rights Commission and as advisor of the gender-based violence unit within the Office of the Prime Minister of Nepal and Council of Ministers. She served for two terms on the board of trustees in the UN voluntary trust fund against slavery. She is a member of different national, regional and international feminist and human rights networks and currently serves as a member of the expert committee at the Ministry of Women, Children and Social Welfare in Nepal.
Read More 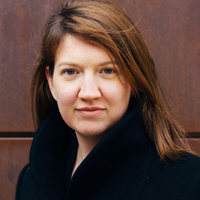 Alana Cattapan is an Assistant Professor of Political Science at the University of Waterloo, where she studies gendered inclusion in policy making, identifying links between the state, reproductive politics, and the commercialization of the body. She is also a board member of the Canadian Research Institute for the Advancement of Women and in the organizing group Rise Up! A Digital Archive of Feminist Activism.

Prior to joining the University of Waterloo, Dr. Cattapan was a faculty member at the Johnson Shoyama Graduate School of Public Policy at the University of Saskatchewan and a CIHR Postdoctoral Fellow at Novel Tech Ethics in the Faculty of Medicine at Dalhousie University. She is the co-editor of Surrogacy in Canada (Irwin Law, 2018).
Read More 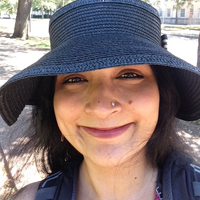 Ayesha Chatterjee is the former Program Manager at the Our Bodies Ourselves Global Initiative. Her leadership at OBOS resulted in culturally adapted resources based on Our Bodies, Ourselves in 12 languages and the development and launch of the Surrogacy360 website.

Prior to OBOS, she worked as a reproductive and sexual health counselor/trainer in India and served briefly as a consultant to CARE Tajikistan on a pilot violence-against-women project. She is a past board member of the Boston Association for Childbirth Education, one of the oldest community-based childbirth organizations in the United States, and the Eastern Massachusetts Abortion Fund. Ayesha is a DONA-certified postpartum doula and a certified lactation counselor. She currently lives in Bethesda, Maryland, where she supports birthing parents and babies in the Washington, D.C./Maryland area, and works with Mamatoto Village, an organization dedicated to creating career pathways for women of color in the field of public health and providing accessible perinatal support services to communities of color.
Read More 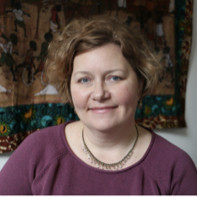 Kristen Cheney is Associate Professor of Children and Youth Studies for the International Institute of Social Studies, a graduate development studies institute in The Hague, Netherlands. In 2014, she hosted the International Forum on Intercountry Adoption and Global Surrogacy there.

Dr. Cheney’s research deals with children’s survival strategies amidst difficult circumstances and the politics of humanitarian intervention for such children, mainly in Eastern and Southern Africa. Her most recent research examines the impact of the global “orphan industrial complex” — including orphan tourism, childcare institutions, and intercountry adoption — on child protection in developing countries. She is also a member of the expert group convened by International Social Services (Geneva) to draft children’s rights-based guidelines for global surrogacy practices and is conducting research on children’s perspectives on surrogacy.
Read More 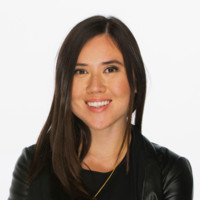 Raquel Cool is a founding member of We Are Egg Donors (WAED), a volunteer-run women’s health organization with 2,000+ egg donor members across the world. WAED is regularly featured in media outlets including The New York Times, The Atlantic, NBC, WIRED, and others.

She has driven research consultancy campaigns with various universities and nonprofits, including creative partnerships with Surrogacy360 and Our Bodies Ourselves.
Read More 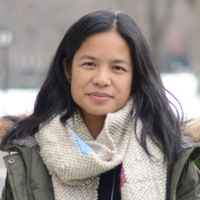 Daisy Deomampo is Associate Professor of Anthropology at Fordham University. She is a cultural and medical anthropologist whose research interests include science and technology studies, gender and critical race studies, and bioethics and social justice.

She is the author of Transnational Reproduction: Race, Kinship, and Commercial Surrogacy in India (NYU Press, 2016), which is based on long-term ethnographic fieldwork in India with Indian surrogate mothers, Western-intended parents, and egg donors from around the world. Dr. Deomampo’s research and writing have been supported by multiple sources, including the National Science Foundation, the Wenner-Gren Foundation, and the Ford Foundation. Her current research explores the social meanings of race in the context of egg and sperm donation in the United States.
Read More 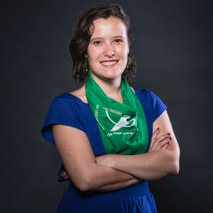 Isabel Fulda holds a B.A. in Political Science and International Relations and an M.A. on Legal and Political Theory from UCL, London. Since 2012, she has worked at GIRE (Grupo de Información en Reproducción Elegida/Information Group on Reproductive Choice), a Mexican NGO dedicated to the promotion and defense of reproductive rights and justice, in different positions.

She began as an analyst and researcher, then became research coordinator, and, as of March 2020, now serves as deputy director. She is interested in the human rights implications of assisted reproductive technologies (ARTs) and surrogacy in particular, as well as the need for federal and local regulation on the subject to better protect the rights of all persons involved.
Read More 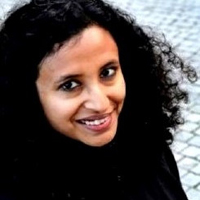 Amrita Pande, author of Wombs in Labor: Transnational Commercial Surrogacy in India (Columbia University Press, 2014), is Associate Professor in the sociology department at University of Cape Town. Her research focuses on the intersection of globalization and the intimate.

Her work has appeared in Signs: Journal of Women in Culture and Society, Gender and Society, Critical Social Policy, International Migration Review, Qualitative Sociology, Feminist Studies, Indian Journal of Gender Studies, Anthropologica, PhiloSOPHIA, Reproductive BioMedicine, and in numerous edited volumes. She has written for national newspapers across the world and has appeared in Laurie Taylor’s Thinking Allowed on the BBC, Sarah Carey’s Newstalk on Irish radio, DR2 Deadline on Danish National television, Morning Live on SABC2, South Africa, and Otherwise SAfM to discuss her research projects. She is also an educator-performer touring the world with a performance lecture series, Made in India: Notes from a Baby Farmbased on her ethnographic work on surrogacy. She is currently leading a large NRF-funded project exploring the “global fertility flows” of eggs, sperm, embryos, and wombs, connecting the world in unexpected ways.
Read More 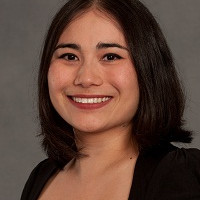 Cathy Sakimura is the Deputy Director and Family Law Director at the National Center for Lesbian Rights. Cathy also founded and oversees NCLR’s Family Protection Project, which improves access to family law services for low-income LGBT parents and their children, with a focus on increasing services to families of color.

This project provides free legal information to low-income LGBT parents and their children; trains and supports attorneys providing free and low-cost services to these families; and works in coalition with organizations serving communities of color to provide culturally competent services to families of color. Cathy received her J.D. from UC Hastings College of the Law and her B.A. from Stanford University. In 2012, she was named one of the Best LGBT Lawyers under 40 by the National LGBT Bar Association. She is a co-author of Lesbian, Gay, Bisexual, and Transgender Family Law, published by Thomson Reuters.
Read More 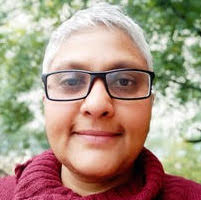 Deepa Venkatachalam is with Sama Resource Group for Women and Health, based in Delhi, India. She has been engaged over the past several years in research and policy advocacy on assisted reproductive technologies and surrogacy.

She has also contributed to research publications, essays and articles on these issues. She has been actively involved with the People’s Health Movement as well as with other health and feminist spaces.
Read More