The Gestational Surrogacy Report: IVF by the Numbers
By David Sable | Forbes | April 28, 2016

Published in the first quarter of 2016, this report tracks clinics providing surrogacy services in the United States (208), as well as the number of surrogacy cases in each clinic. It records approximately 900 cycles of IVF using gestational surrogacy in 2014. The data is approximate – and the report explains why – and will have changed since the date of publication. However, it is still a useful resource for anyone looking for a list of clinics across the country.

Gestational surrogacy is a treatment option available to women with certain clearly defined medical problems, usually an absent uterus, to help them have their own genetic children. IVF allows the creation of embryos from the gametes of the commissioning couple and subsequent transfer of these embryos to the uterus of a surrogate host. The indications for treatment include absent uterus, recurrent miscarriage, repeated failure of IVF and certain medical conditions. Treatment by gestational surrogacy is straightforward and follows routine IVF procedures for the commissioning mother, with the transfer of fresh or frozen–thawed embryos to the surrogate host. The results of treatment are good, as would be expected from the transfer of embryos derived from young women and transferred to fit, fertile women who are also young. Clinical pregnancy rates achieved in large series are up to 40% per transfer and series have reported 60% of hosts achieving live births. The majority of ethical or legal problems that have arisen out of surrogacy have been from natural or partial surrogacy arrangements. The experience of gestational surrogacy has been largely complication‐free and early results of the follow‐up of children, commissioning couples and surrogates are reassuring. In conclusion, gestational surrogacy arrangements are carried out in a few European countries and in the USA. The results of treatment are satisfactory and the incidence of major ethical or legal complications has been limited. IVF surrogacy is therefore a successful treatment for a small group of women who would otherwise not be able to have their own genetic children.

The case of an Australian couple accused of abandoning their child with his Thai surrogate mother after discovering he had Down syndrome — and taking home his healthy twin — has turned global attention to the murky underworld of international surrogacy.

Such cases have raised ethical and legal dilemmas, which experts say are the inevitable consequences of an unregulated multibillion-dollar industry dependent on impoverished women in developing countries providing a “product” — a child — so desperately wanted by would-be parents in wealthier nations.

In Baby Gammy’s case, which made international headlines this month, the boy’s Australian parents are claiming that the Thai surrogate mother, Pattaramon Chanbua, refused to release the child into their custody and that they lacked the legal right to force her to do so.

This article provides a global overview of laws related to international commercial surrogacy, with a focus on Thailand. It delves into issues specific to the rights of children – such as citizenship and legal parentage – and links to the work being done by the Hague Conference on Private International Law, an intergovernmental organization, on the legal challenges posed by the practice.

Five days after her caesarean section, Nancy boarded a night bus in the southern Mexican city of Villahermosa and made the 10-hour journey back to her home in the capital. Instead of a baby, she nursed a wad of bills buried in a blue handbag she never let out of her sight.

The cash was the final instalment of her 150,000-peso (£7,000) fee to be a surrogate mother for a gay couple from San Francisco. After a traumatic year that included being all but abandoned by the agency supposedly looking after her, and being falsely accused of demanding additional cash to hand over the baby, Nancy was not so sure it had been worth it. “I just wanted to get my money, go home, rest and forget about it all,” said the 24-year-old, sitting in her tiny apartment in a poor barrio of Mexico City. “And now the money is all gone.”

Nancy’s story says much about the southern Mexican state of Tabasco’s emergence as the world’s most dynamic new centre of international surrogacy, fuelled by the tightening of restrictions in other countries such as India and Thailand.

This article follows gestational mothers and intended parents in Mexico, providing important insights into their lives, the contexts that frame their decisions, and their experiences within surrogacy arrangements and after. In light of closer scrutiny and tighter regulation, it also reveals the chameleon-like nature of the clinics and agencies in between. Mexico Surrogacy, one featured agency, for example, is reportedly set up like a charity that receives “donations” from intended parents which is then passed on to gestational mothers in the form of “aid.”

A Brief History of Donor Conception
by Wendy Kramer | The Huffington Post | May 10, 2016

In a timeline stretching from the year 1322 up through the late 1980s, Wendy Kramer, co-founder and director of the Donor Sibling Registry, highlights the development and use of assisted reproductive technologies (ARTs) around the world.

The Donor Sibling Registry (DSR) was founded in 2000 to assist individuals conceived as a result of sperm, egg or embryo donation that are seeking to make mutually desired contact with others with whom they share genetic ties. DSR advocates for the right to honesty and transparency for donor children, and for social acceptance, legal rights and valuing the diversity of all families. For more information, visit the website.

This study provides information on the incidence of serious complications experienced by oocyte donors after controlled ovarian hyperstimulation and oocyte retrieval. It provides evidence that with careful monitoring, and when a liberal cancellation policy is followed, oocyte donors experience lower rates of ovarian hyperstimulation syndrome, compared with infertile women undergoing IVF. Furthermore, the study provides the first set of data on the rate of symptomatic minor complications experienced by oocyte donors. This information will help clinicians administer appropriate informed consent to the young women who present themselves as potential oocyte donors. 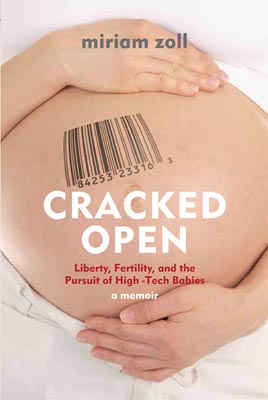 This article provides a global overview on laws related to international commercial surrogacy, highlighting the transnational mobility of the practice as regulation around it changes. It might require a subscription or free sign up to The Wall Street Journal.

In a hospital room on the Greek island of Crete with views of a sapphire sea lapping at ancient fortress walls, a Bulgarian woman plans to deliver a baby whose biological mother is an anonymous European egg donor, whose father is Italian, and whose birth is being orchestrated from Los Angeles.

She won’t be keeping the child. The parents-to-be—an infertile Italian woman and her husband (who provided the sperm)—will take custody of the baby this summer, on the day of birth. […]

The man bringing together this disparate group is Rudy Rupak, chief executive of PlanetHospital.com LLC, a California company that searches the globe to find the components for its business line. The business, in this case, is creating babies.

Stop Surrogacy Now is a global effort to oppose the “exploitation of women and the human trafficking of children through surrogacy.” According to the website, the group includes more than 100 individuals and 16 organizations from 18 countries, who believe all forms of surrogacy should be stopped because it is an abuse of women’s and children’s human rights.

In an article published on Public Discourse, co-founder Kathleen Sloan, describes the genesis of Stop Surrogacy Now, from 2011, when she and co-founder Jennfier Lahl first met at a screening of the documentary Eggsploitation, to the initiative’s current reach and status as a network that has, says Sloan, brought together people who might otherwise be “at each other’s throats.”

Here is an excerpt:

What sets this campaign apart is that Stop Surrogacy Now (SSN) unites organizations and individuals with opposing positions on many other issues—including the emotionally explosive issue of abortion. In the United States especially, no other issue ignites such passionate responses and produces such vitriolic debate. It has even led to violence, including eight murders and over forty clinic bombings. As time goes on, the contentiousness of the issue only seems to increase rather than dissipate. It is therefore extraordinary that so many people who stand on opposite sides of this issue have come together to stop the surrogacy juggernaut.

This campaign also brings together the fervently religious and the entirely non-religious, those who advocate LGBTQ rights and those who oppose same-sex marriage, feminists and non-feminists, the radical right and the radical left along with those in between, neoliberal capitalists and socialists, death-with-dignity supporters and those who consider it to be a form of euthanasia.

Visit Stop Surrogacy Now, read the full article, and follow the initiative’s outreach with The Hague on the human rights issues posed by international commercial surrogacy.

Human Factory Farming and the Campaign to Outlaw Surrogacy
by Mirah Riben | Dissident Voice | May 30, 2015

The despair of wanting a child you are unable to produce naturally has led to a multi-billion dollar Assisted Reproduction Technology (ART) industry offering a plethora of reproductive choices resulting in tens of thousands of births a year in the U.S. It has also led to controversy and a campaign to ban it.

Michele Goodwin, director of the Center for Biotechnology and Global Health Policy, holds the Chancellor’s Chair at the University of California, Irvine with appointments at the School of Law, School of Public Health, and Department of Gender and Sexuality Studies:

Producing children with the assistance of anonymous third parties, while increasingly popular and accepted for anyone who can afford it, remains controversial. Despite compassion for the unmet longing to be a parent, there is no right to a child for anyone — heterosexual, homosexual, or singles by choice.